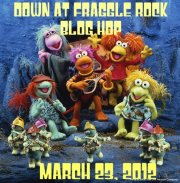 Are you ready to dance your cares away --- then lets go to Fraggle Rock with Gobo, Mokey, Wembley, Boober and Red. This was a children's live action puppet television program series created by Jim Henson. The central characters were a set of "Muppet" creatures called Fraggles.

The music starts in the opening scene with you seeing Doc, an inventor, and his loving dog, Sprocket. Sprocket chases Uncle Matt, a Fraggle, as he explores "Outer Space" and sends picture post cards to the Fraggles. Uncle Matt explores Outer Space through a crack in the wall.

Fraggles are humanoid creatures, about 18 inches tall with fur in a wide variety of colors and a tail like a lion’s, with a tuft of fur on the end. They live in a network of caves called Fraggle Rock, populated by a variety of creatures, and seeming to connect to at least two different worlds in separate dimensions of time and space. Fraggles spend much of their carefree lives in play, exploring their worlds, and generally enjoying themselves. However, at the same time they maintain a complex culture and society, with each individual having rights and responsibilities. They have basic skill with tools and with crude machinery, and the concept of war is known to them (although wars between Fraggles are very rare). Fraggles live on a diet of vegetables, especially radishes. If individuals touch their heads together before falling asleep they can “share dreams.”

Within Fraggle Rock lives a second species of small humanoid creatures, the pudgy, green, ant-like Doozers. Standing only 6 inches tall (knee-high to a Fraggle), Doozers in a sense represent anti-Fraggles; their lives are dedicated to work and industry. Doozers spend much of their time busily constructing all manner of scaffolding throughout Fraggle Rock using miniature construction equipment and wearing hard-hats and work boots. No one but the Doozers themselves seem to understand the actual purpose of their intricate and beautiful constructions.

Often they accompany their building with marching songs and various Doozer chants. To ensure that they always have a steady stream of work to do, Doozers build their constructions out of an edible candy-like substance (manufactured from radishes) which is greatly enjoyed by Fraggles. They actually want the Fraggles to eat their constructions because "architecture's supposed to be enjoyed" and also so they can go on to build again. This is essentially the only interaction between Doozers and Fraggles; Doozers spend most of their time building, and Fraggles spend much of their time eating Doozer buildings.

On the outside of another exit from Fraggle Rock, through a well, live a family of Gorgs, giant furry humanoids standing 22 feet tall. The husband and wife of the family call themselves the King and Queen  of the Universe, with their son Junior as its Prince and their heir, but to all appearances working as simple farmers with a hut and garden patch. The Gorgs regard Fraggles as pests, which steal radishes from their garden. In one episode it is revealed that the Gorgs use radishes to make "anti-vanishing cream" that prevents them from becoming invisible. So the three main races of the Fraggle Rock universe — Fraggles, Doozers and Gorgs — are all dependent on the radishes for different reasons. While the King and Queen consider the Fraggles disgusting vermin, Junior enjoys chasing, catching and keeping them like a boy would lizards and bugs. Junior has no friends, and perhaps pursues the Fraggles just so he has someone to talk to.

Marjory, The Trash Heap is a wise being (referred to as an "oracle"), serves as the garbage dump of the Gorgs. She and her heckling heralds live near the Gorg's garden, and she gives the Fraggles guidance and advice, which the Fraggles regard with reverence, although they do not worship her. She also appears to have some magical abilities (specifically telepathy and the ability toteleport items or Fraggles), although she does not often use them. Sometimes she knits to pass the time. She has an uncle named Maximillian, whom she refers to as "Uncle Max". Jerry Nelson voiced Marjory the Trash Heap.

Let's dance our cares away and go down to Fraggle Rock now that you know the characters and have fun with this wonderful line up --- if you were just visiting one of the many worlds of Fraggle Rock today, aka me, I don't want you to miss any of this silliness and start at the beginning of our our with Lynne at http://slasewcraftiness.blogspot.com/
You should have arrived with or without radishes from Vicki's Blog 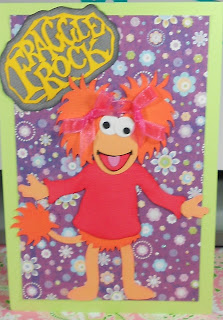 I have a cute little card I made to share with you. I drew several Fraggles and chose to make a card with this one for a special girl.


We've danced, tasted the doozers buildings but now it is time to check out another world with Anita's Blog being sure to chart your journey and leave your discoveries along the way with your comments.
Posted by Unknown at 12:01 AM

I love hearing from you!

SVG Files – Sure Cuts A Lot 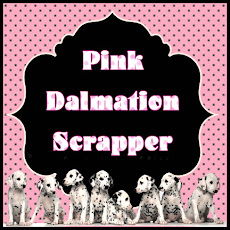 Make your own banner at MyBannerMaker.com!

My Life In Arts' N Crafts 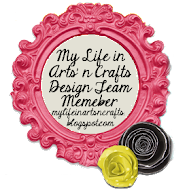